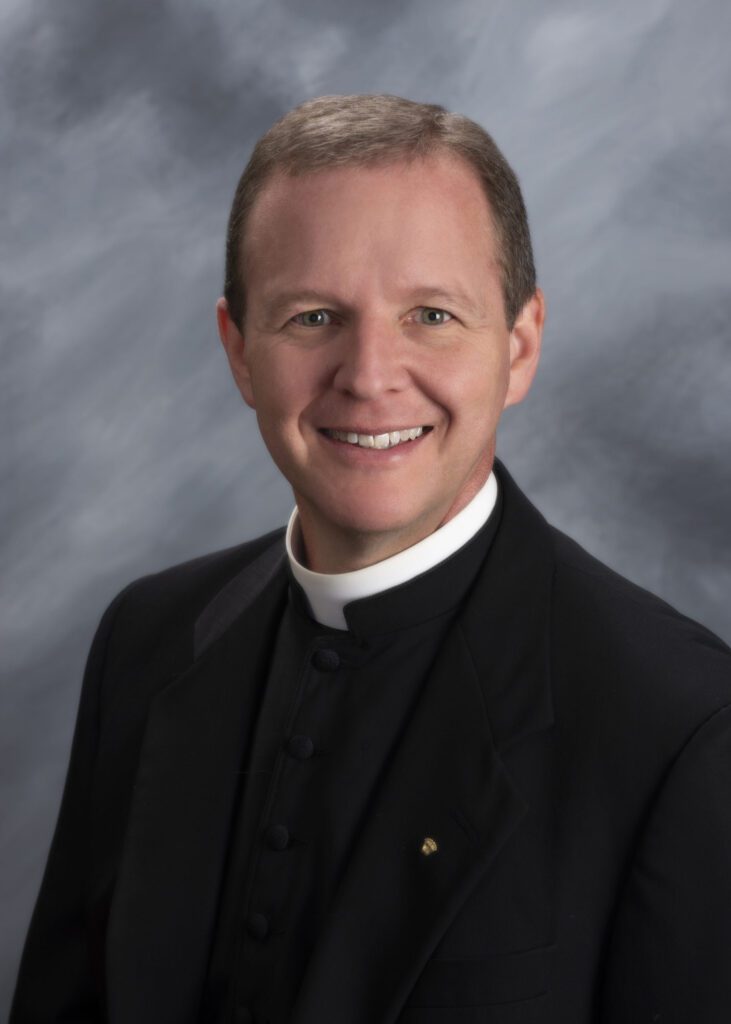 Jacksonville, Fla. – The Vatican announced today that Pope Francis has appointed Father Erik
Pohlmeier the next bishop of the Diocese of St. Augustine. For the past 24 years, Bishop-elect
Pohlmeier has served as a pastor in the Diocese of Little Rock, which encompasses the entire
state of Arkansas.

Raised in Paris, Ark., Father Pohlmeier was ordained a priest for the Diocese of Little Rock on
July 25, 1998. He currently serves as pastor of the largest parish in Little Rock, Christ the King,
and director of the Faith Formation and Deacon Formation offices. He has been the theological
consultant for the Arkansas Catholic newspaper for 19 years and director of continuing
education of clergy since 2019.

In his new appointment, Father Pohlmeier succeeds Bishop Felipe J. Estévez, who has served the
St. Augustine Diocese for the past 11 years and is retiring at the age of 76. He will be installed as
the 11th bishop of St. Augustine on Friday, July 22 with Archbishop Thomas Wenski of Miami
presiding at the ordination liturgy. Bishop Anthony B. Taylor of Little Rock and Bishop Estévez
will be co-consecrators. Details of the ordination have not been announced.
One of seven Catholic dioceses in Florida, the Mother Diocese of Florida has a Catholic
population of more than 153,000 in 17 counties in northeast and north central Florida. This
compares to the approximately 154,000 Catholics in Arkansas’ 75 counties.
Reflecting on his appointment to the Diocese of St. Augustine, Father Pohlmeier said, “I am
grateful for every way I have been called to serve the Church and am humbled by this
opportunity to serve in the place where Mass was first celebrated in the United States. May God
be praised for any good work I am able to do.”

Bishop Taylor shared, “Bishop-elect Pohlmeier is one of the most capable, beloved, and admired
priests of the Diocese of Little Rock, and he will be sorely missed. He is fluent in Spanish and
brings to the Diocese of St. Augustine a personal experience of the full spectrum of Catholic life
acquired over the course of 24 years of priestly ministry in every apostolate imaginable: urban,
rural and suburban in which he has served people of every ethnicity, income level and culture,
both in parish life and in diocesan apostolates, most recently as the director of faith formation.
We are all one Church, so while we in Arkansas are proud of Bishop-elect Pohlmeier and
sending him to Florida will be a great sacrifice for us, we rejoice in the good fortune of the
Diocese of St. Augustine and know that the Lord must love them very much to give them
such a fine man to be their next bishop.”

A news conference to introduce Bishop-elect Pohlmeier was held on Tuesday, May 24 at 10 a.m. at
the Catholic Center. The community can view the news conference on Facebook (www.Facebook.com/DOSACatholics) or on our parish Facebook page.